Menu
Log in
Register
Install the app
You are using an out of date browser. It may not display this or other websites correctly.
You should upgrade or use an alternative browser.

Played beta for 80 minutes, some feedback:

Beware this is incredibly nitpicky.
Tutorial
Fighting
I don't know what the third (center) stance is for: there's offense and defense, but we aren't told what the other is.
What does the blue bar underneath my health do? It seems like it represents the cooldown of the currently selected ability, but it feels confusing and pretty useless - ability cooldown is already displayed, and I swap between abilities anyway. I believe that the red semicircle underneath my player indicates how long the attack is taking to launch, though this isn't clear.
The tutorial mentions 'queuing' attacks, but it doesn't seem as if they're actually queued? If they were queued then I'd assume they would happen once I can attack again, but this isn't the case.
(fighting enemy ships) The 'tab to auto-target' didn't seem to work? It just didn't seem to do anything.
Crafting
I'd chock it up to lag - it took about 2 seconds (no exaggerating) for the anvil to load the different craftable items - once I clicked on the bone sword, it took another 2 second, but after I clicked 'craft' I obtained it almost immediately.
Farm
The little stool seemed to not like being placed anywhere, but once it's placed in a valid spot you can move it just fine.
I like the basic farming mechanics. 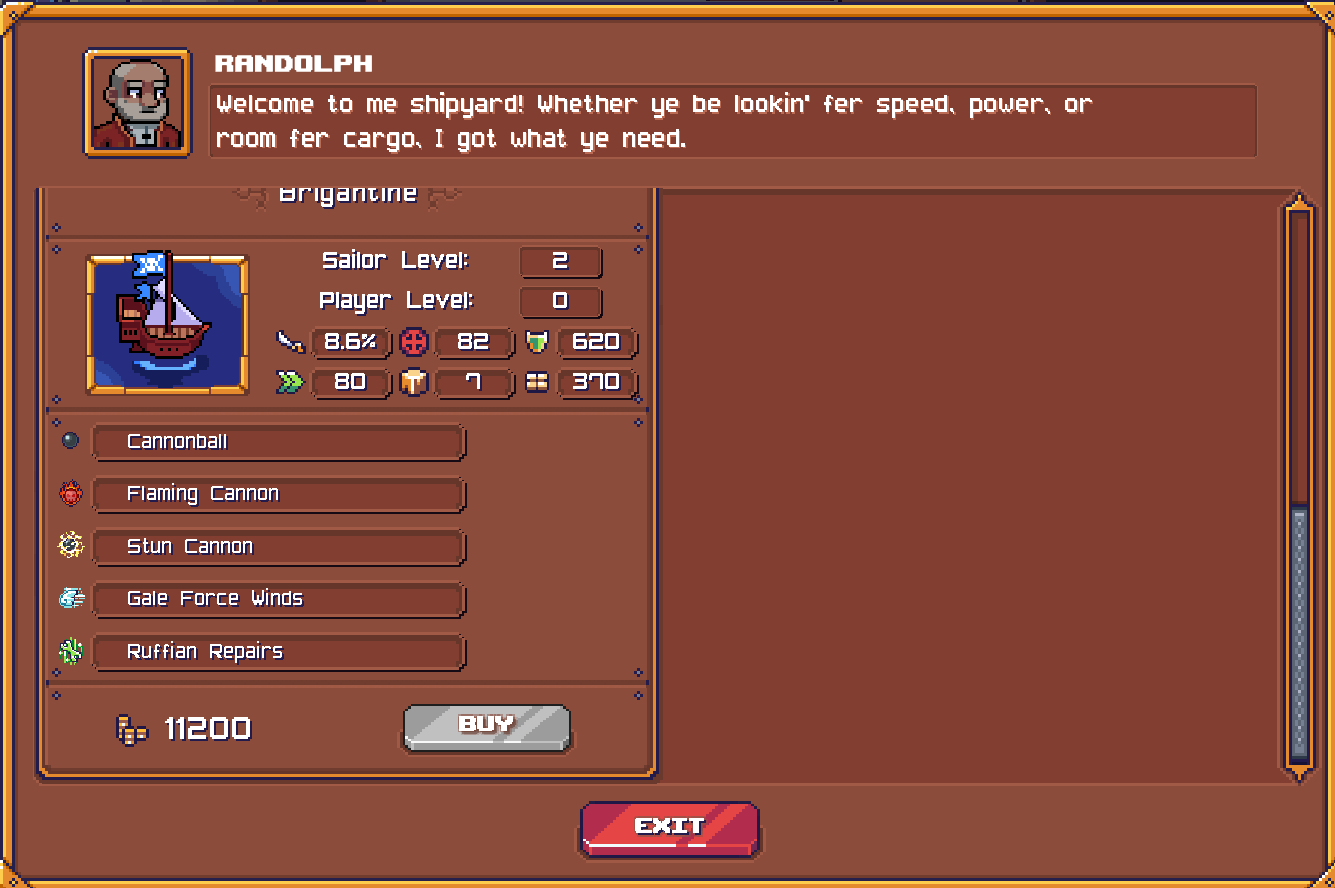