Menu
Log in
Register
Install the app
You are using an out of date browser. It may not display this or other websites correctly.
You should upgrade or use an alternative browser.

Hey folks! starting things off i just want to say thanks to everyone who contributed to the last bug posting page as im sure all the detailed posts really help the devs! Now onto the juicy bugs! 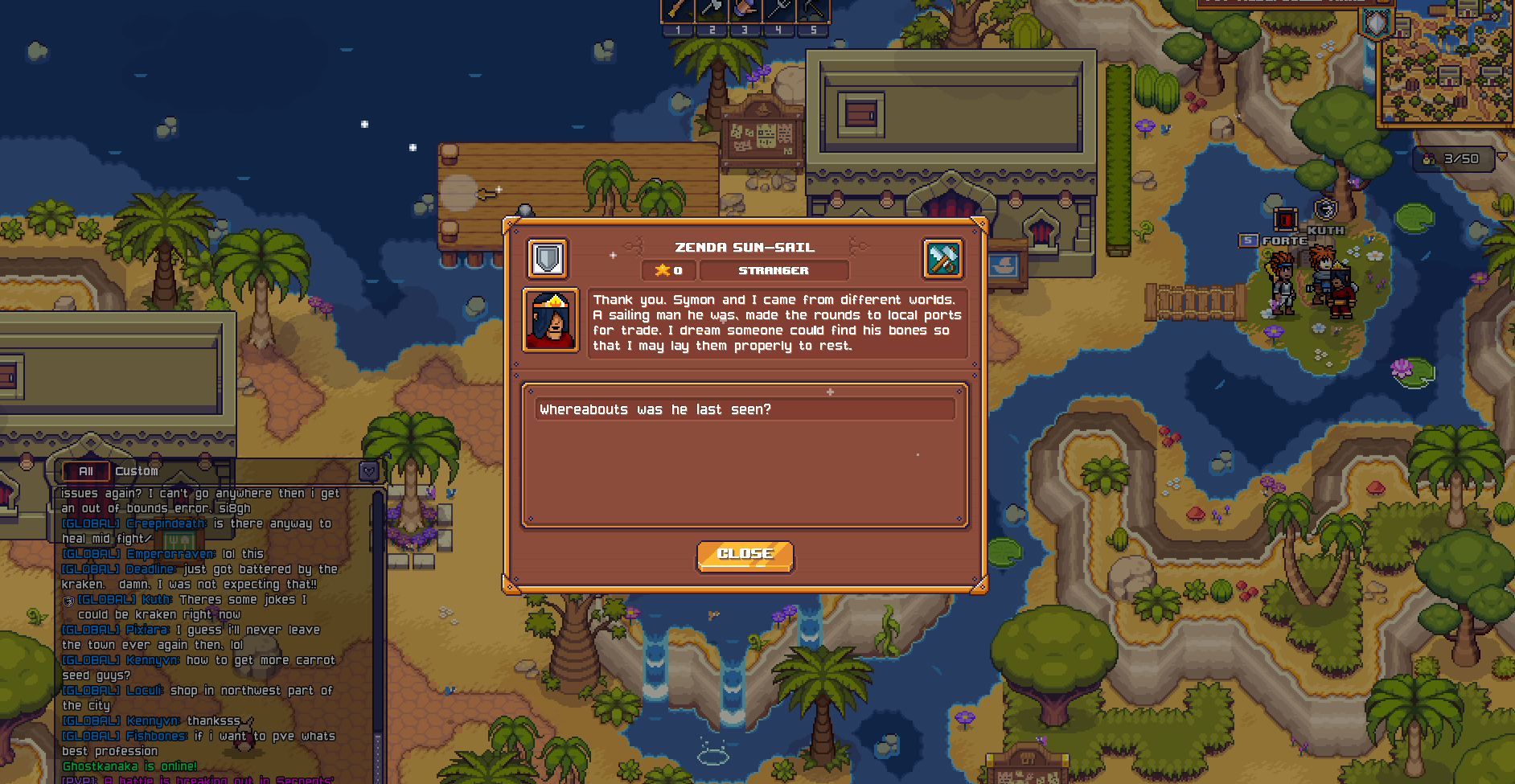 When talking to this NPC i suddenly got my music changed to the land combat music, i tried to replicate it and havnt gotten the same music yet,

EDIT: adding to this, ive suddenly had my music swap again while i was randomly walking around a different part of that same town

EDIT2: Believe this is because of a random roaming snake warrior NPC on the map, was not expecting this 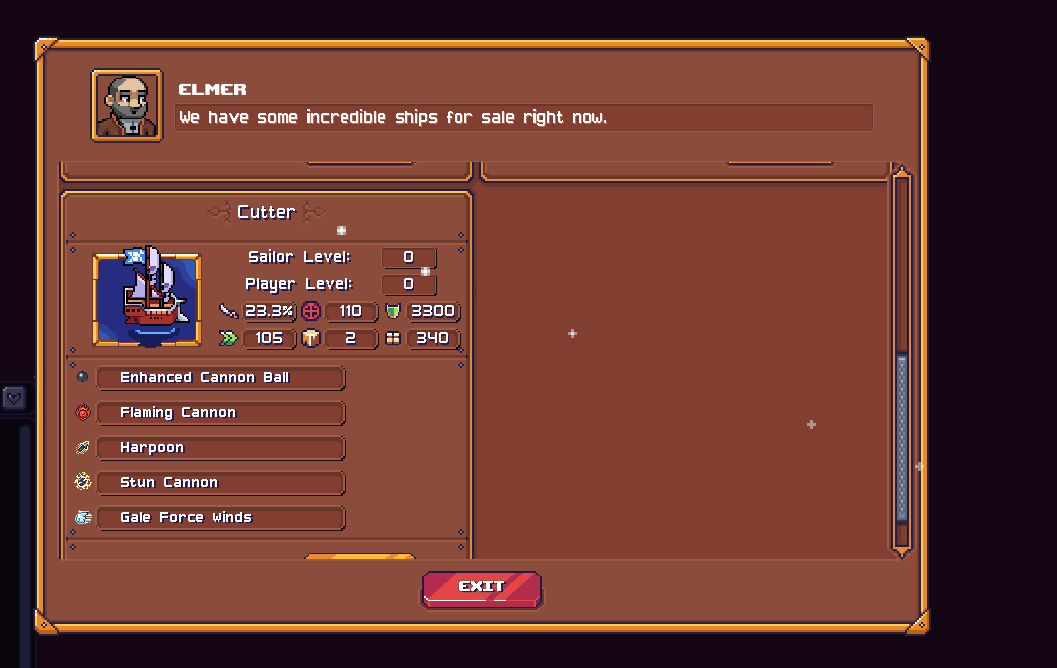 We love new ships! but along with these came a weird bug i noticed for the ship merchant, after purchasing a ship i got a second popup to buy the same ship a second time (tested with both new ships and it happened each time)
Last edited: Nov 14, 2022
OP

Entered the basic starting voyage and got a dark screen? i can still hear my ship move and use abilities 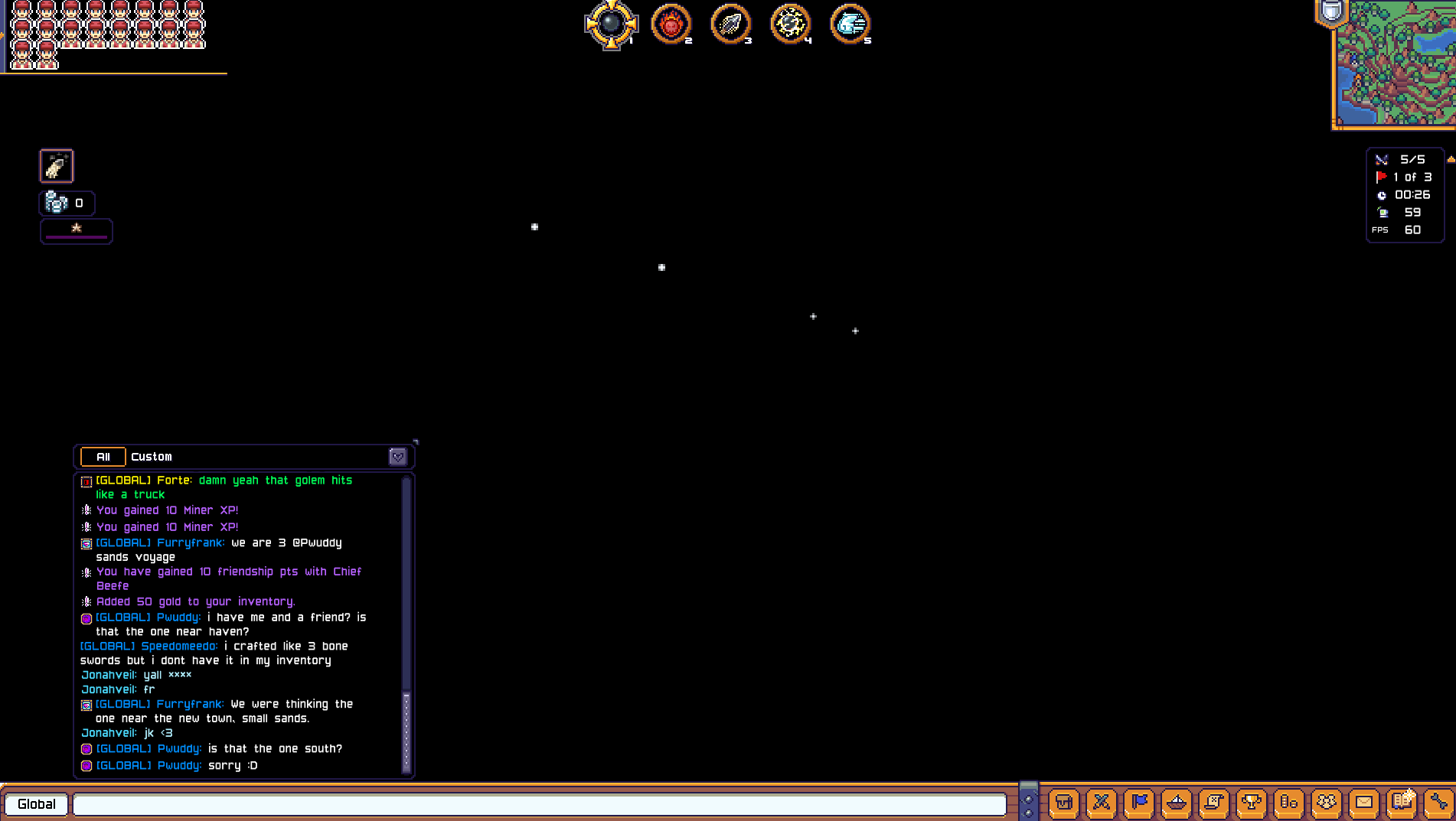 After defeating snake enemies in land pve, i hardly get any xp 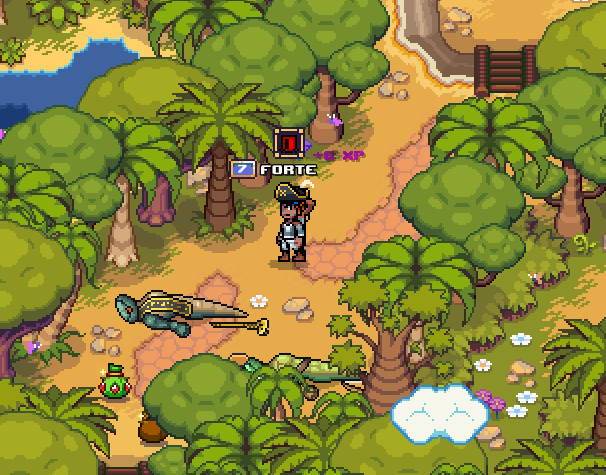 Adding to this, not sure if intentional or not but the healer snakes only heal for 25 hp, which when fighting snakes with lv 5 gear, doesnt make any difference in the fight 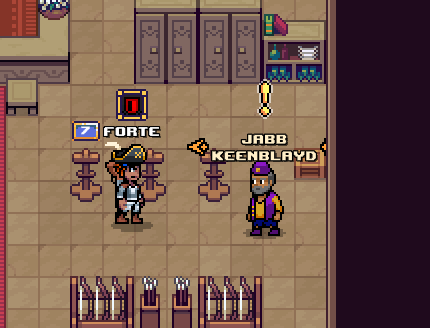 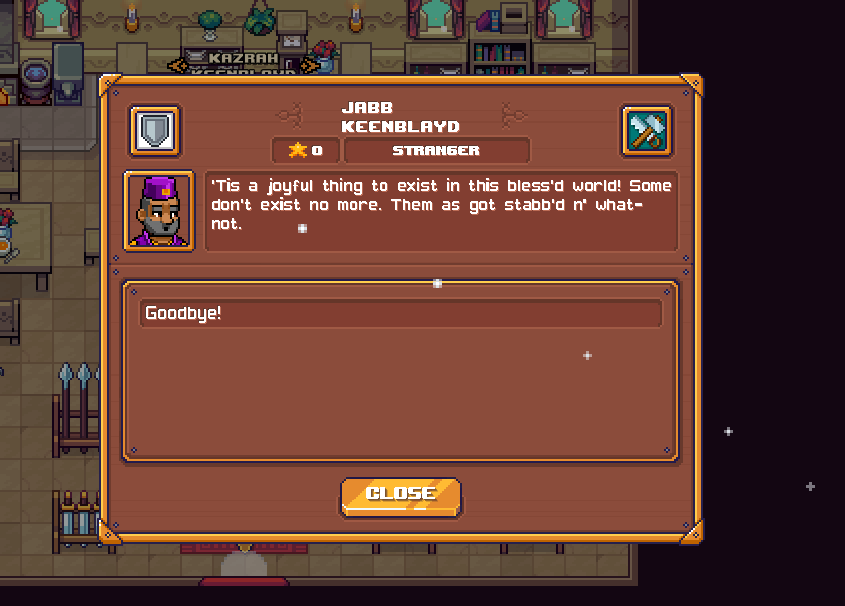 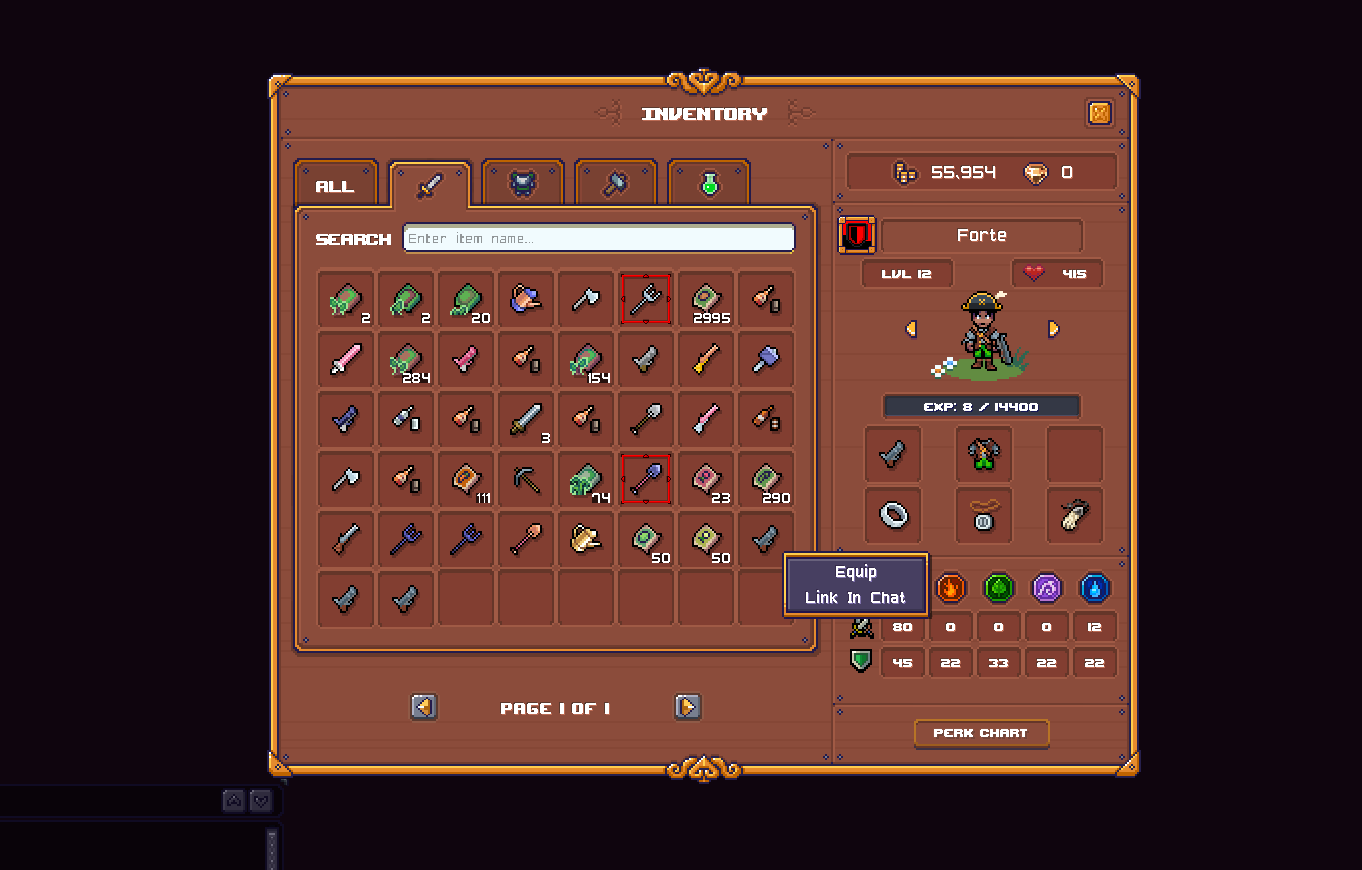 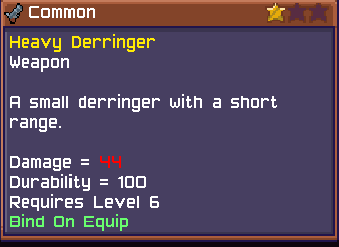 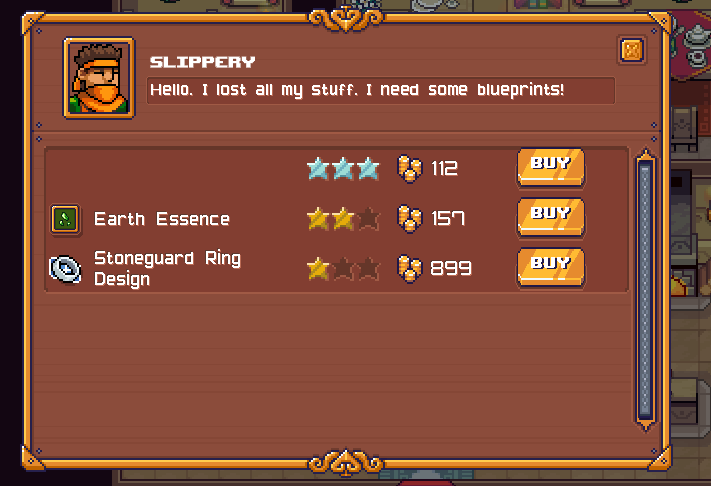 Invisible item for sale at this new shop, has 0 info when hovered over
OP 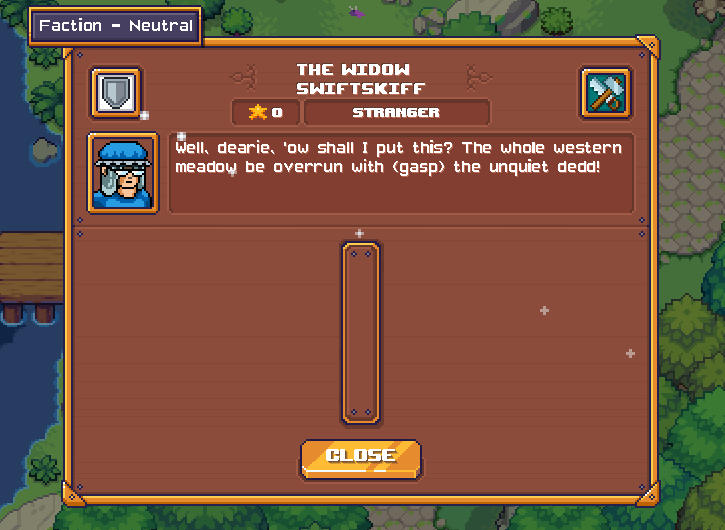 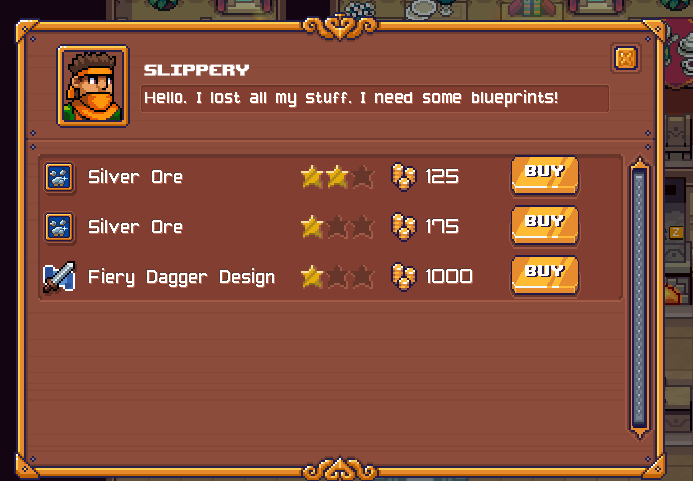 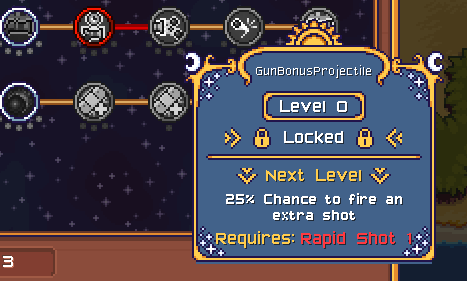 perks that add %chance dont seem to work when you have 5 points in them, still feels like just a 25% chance
OP

i can repair my seeds XD 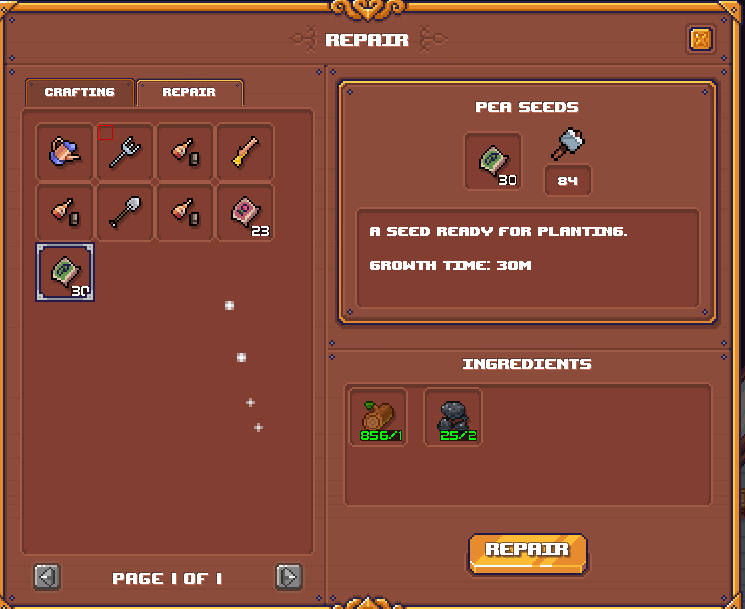 so visual bug on selling cargo, when you have perks to increase the sell amount it doesnt show properly on the first screen but shows the correct amount on the second screen
28,204 is my current cash beforehand 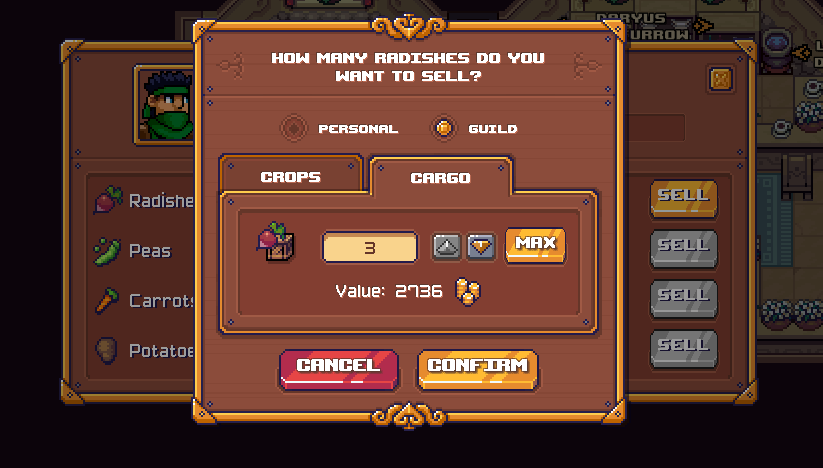 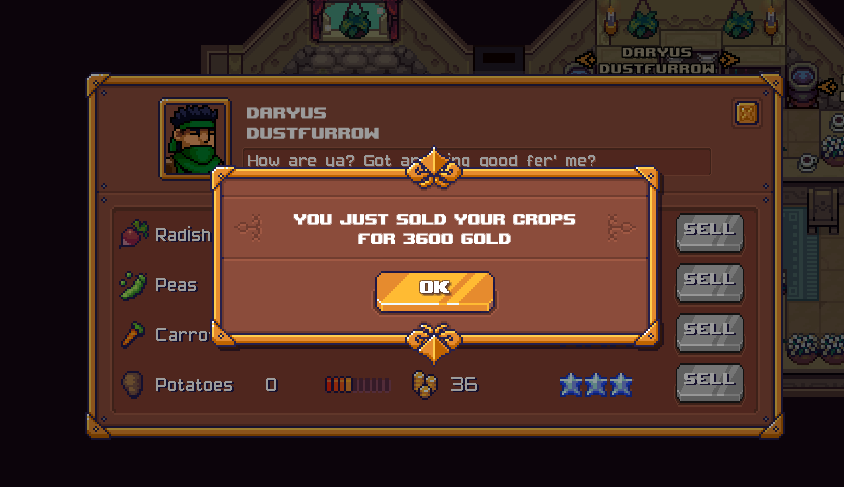 Wrote my cash at the time to make sure, but i did get the correct boosted amount of gold, but as you can see the first number is displayed wrong as the code for it probably doesnt touch perks
OP 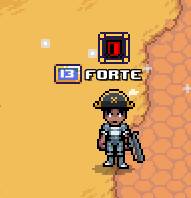 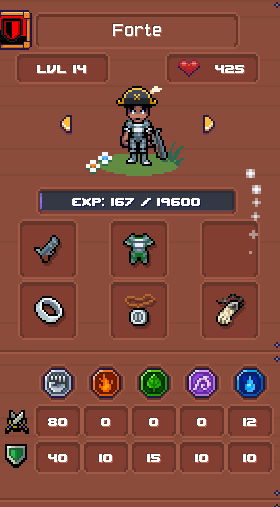 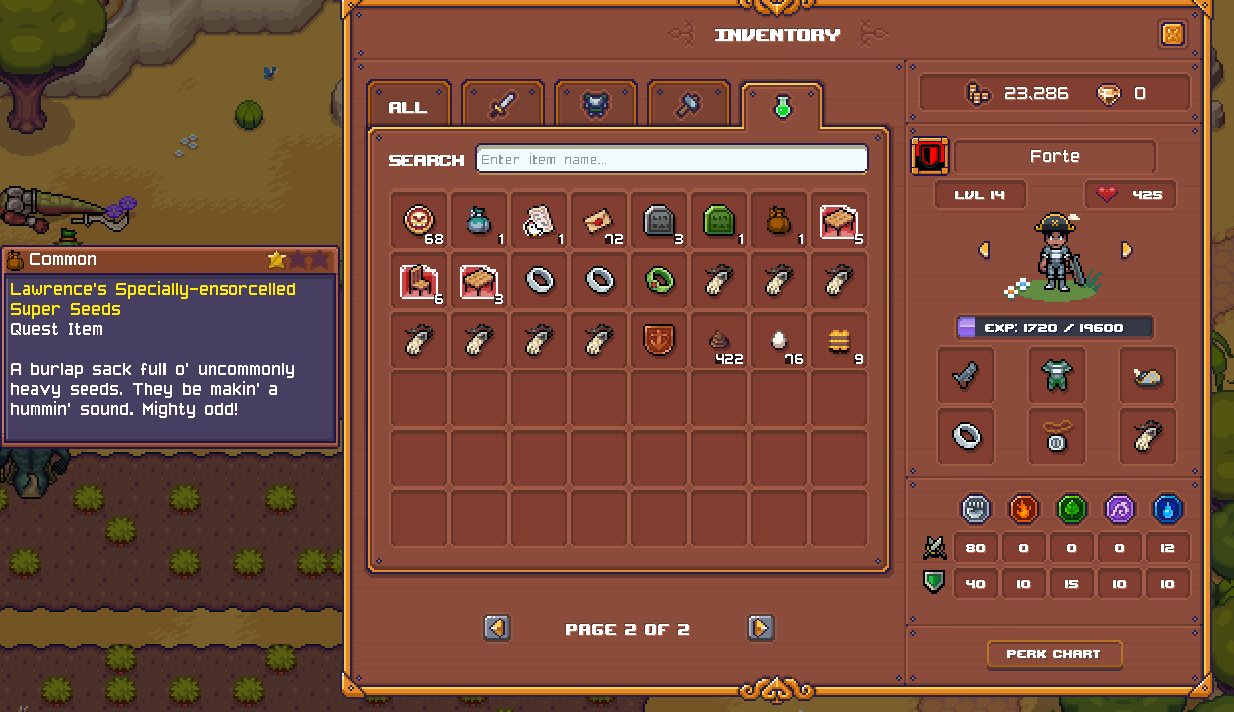 Extra metal bars through the crafting perk isnt working, bulk crafting produces no extra, and crafting 1 by 1 resulted in no extras either
OP 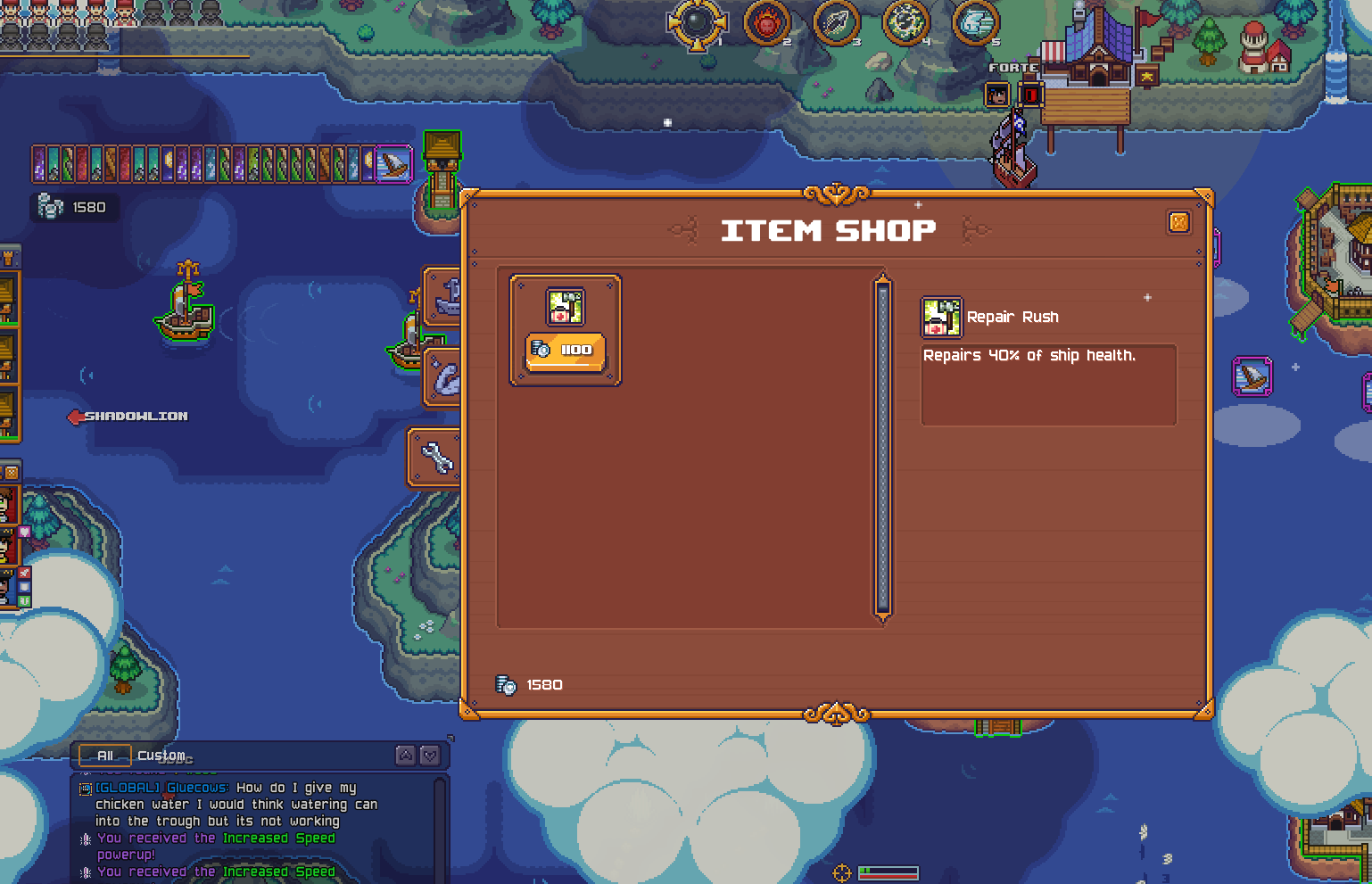 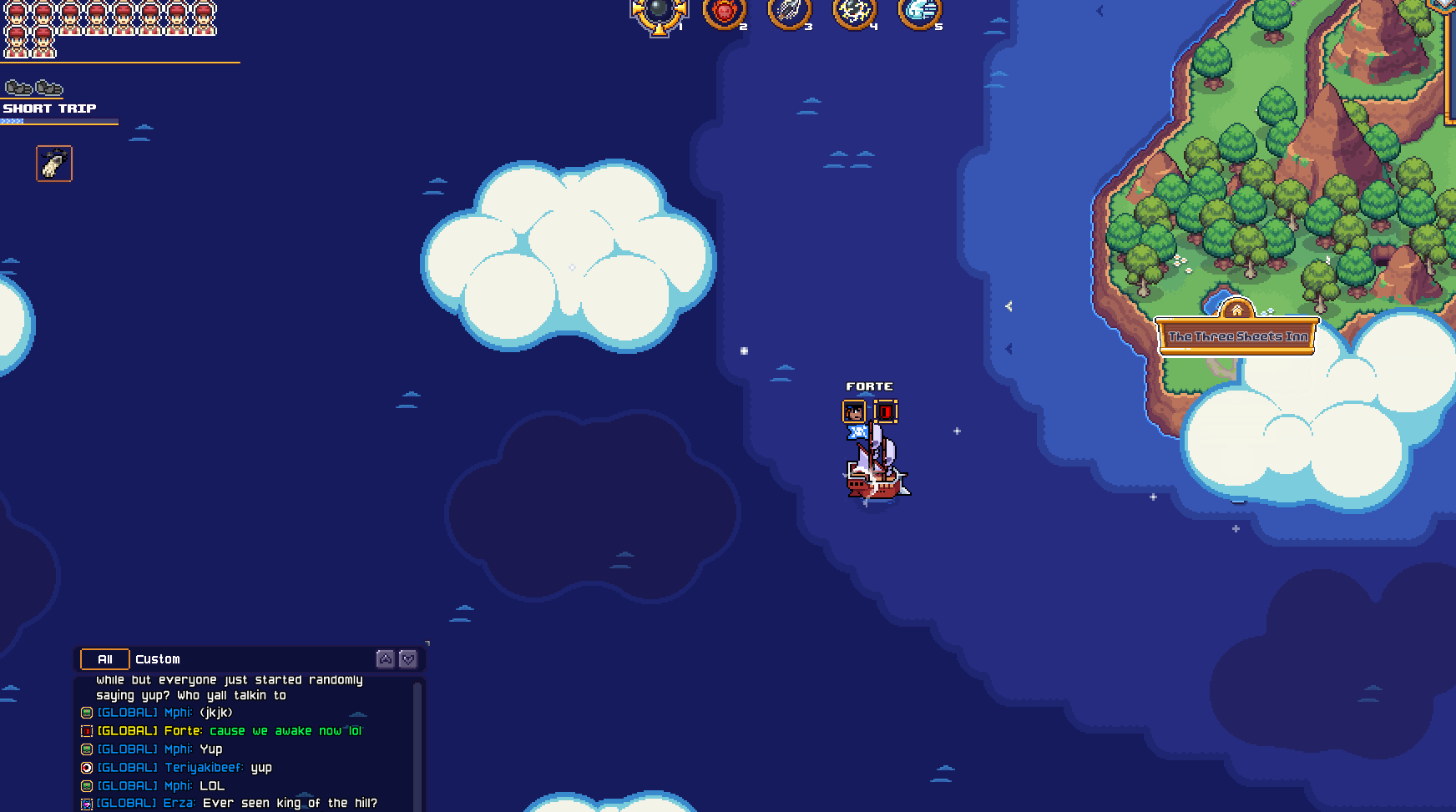 Perk retaining bug from earlier beta's is back for voyages 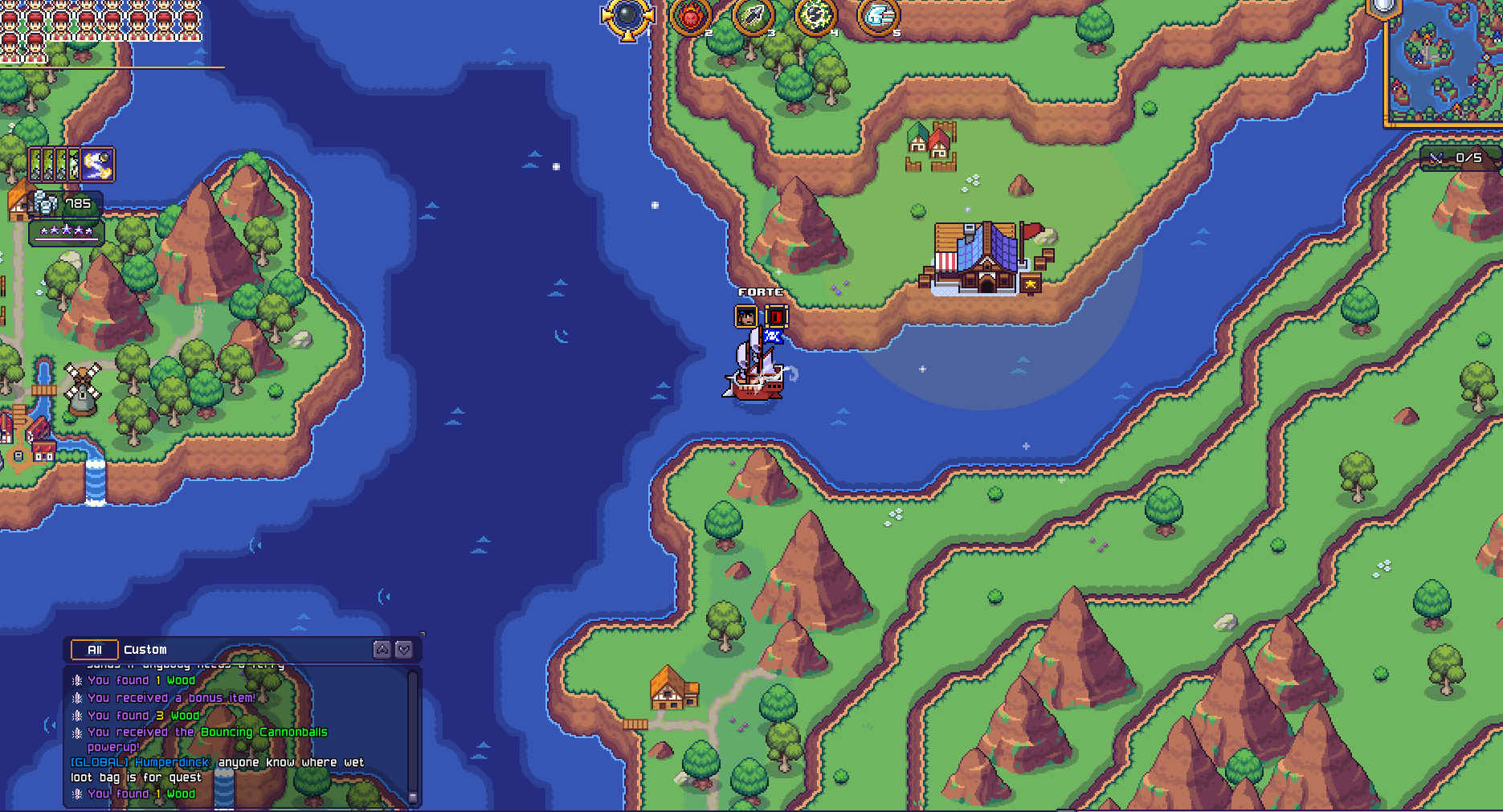 Players can turn their crops into cargo then sell directly at haven to get the cargo boost perk so they get more gold, it feels weird that cargo from haven can just be sold to haven, this also gives player the PVP boost if they simply toggle it on, without any need to risk the cargo
OP 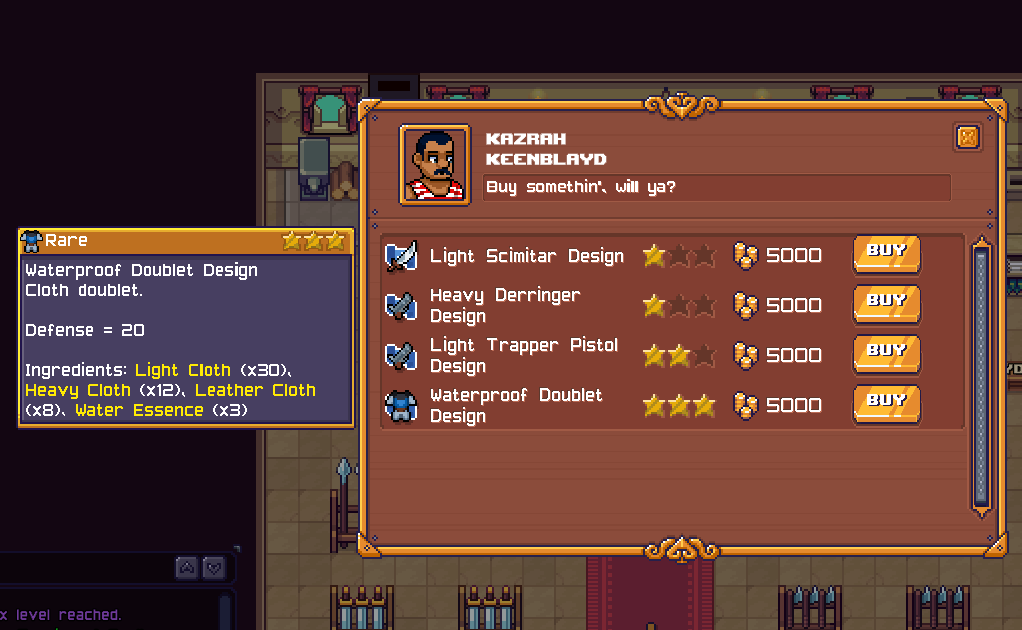 Some schematics in shops will show with rarity's, however after buying every schematic in your inv will only be 1 star common
OP

Tested the new necklace out from the event, went to golems and it was supposed to give a 5% land combat boost, however after trying combat with it on and off i still hit for the same amount on my basic attacks